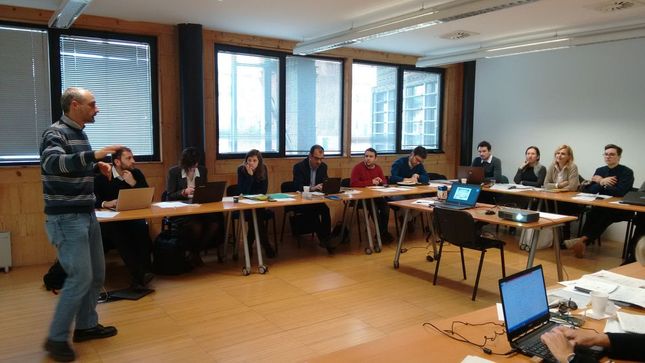 The Kick-off meeting of STEPPING - Supporting The EPC Public Procurement IN Going-beyond project took place from 9th till 10th of February 2017 in Torino at Environment Park headquarter.

The first meeting with the whole project team defined the base elements for the implementation of STEPPING project. On the meeting the members of the project team had the opportunity to get to know each other and partner’s organizations better and also to discuss the role of team members in the three years period of the STEPPING project. Other base elements of the project were also discussed (schedule, reporting, communication, etc.). During the Kick-Off meeting the internal workshop “Energy Performance Contract for building energy refurbishment” was implemented.

STEP UP TO ENERGY EFFICIENTCY is the project tailored message which was selected by STEPPPING project team.